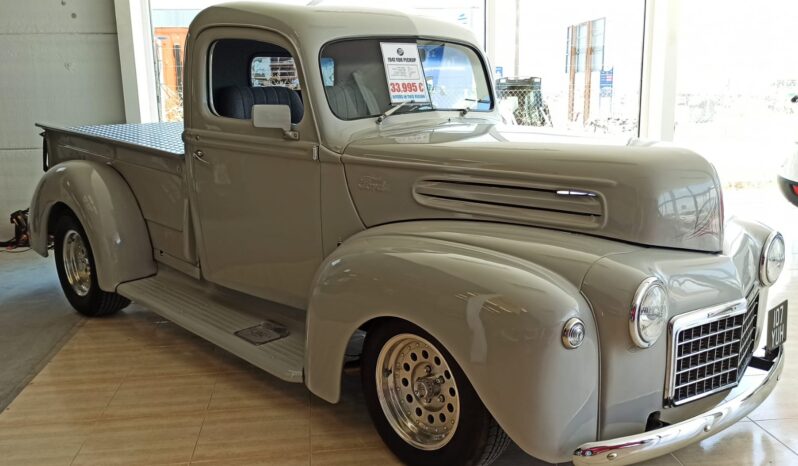 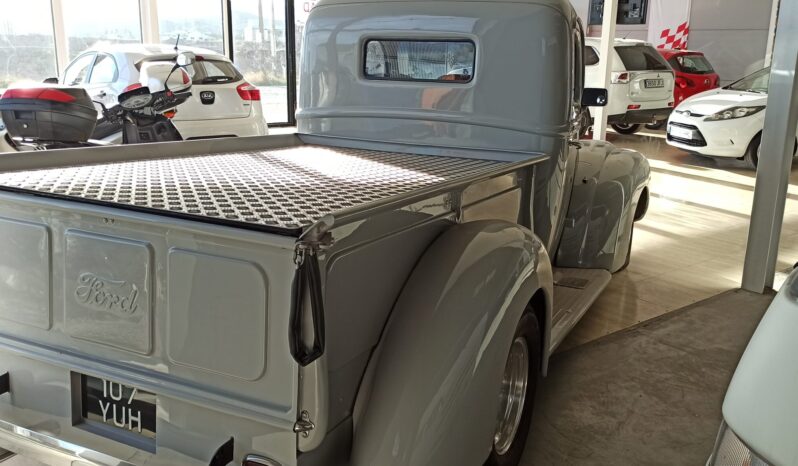 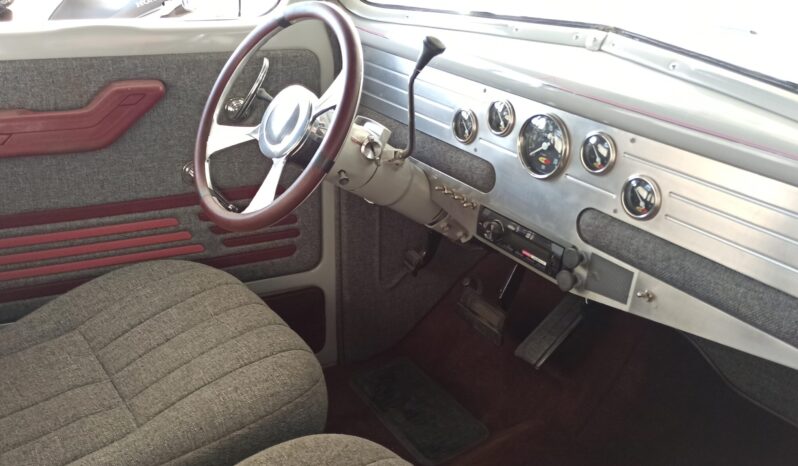 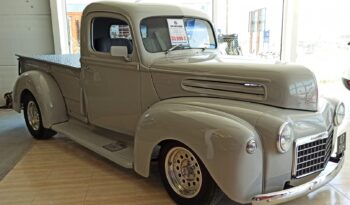 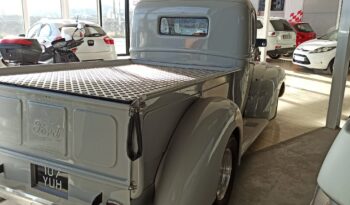 The first-generation F-Series truck (known as the Ford Bonus-Built) was introduced in late 1947 (going on sale January 16, 1948), replacing Ford trucks introduced in 1941. It had a flat, one-piece windshield and integrated headlamps.[2] It had a wider cab.[2] Options included the “See-Clear” windshield washer (operated by foot plunger), passenger-side windshield wiper & sun visor, and Passenger-side taillight. The F-1 truck was also available with additional stainless steel trim and two horns as an option. All F-series were available with optional “Marmon-Herrington All Wheel Drive” until 1959.

Design of the F-Series truck changed tremendously from 1950 to 1954. From 1948 to 1950, the grill was a series of horizontal bars and the headlights were set into the fenders. For 1951 and 1952, the headlights were connected by a wide aerodynamic cross piece with three similarly aerodynamic supports. The rear window was wider in these later trucks and the dashboard was redesigned. This new cab was called the “Five-Star Cab”.

The first-generation F-Series was marketed in eight different chassis (based on their GVWR), giving them their model names; the F-1 was the lightest-capacity version with the F-8 as the highest. F-1 through F-3 pickup trucks were offered (forming the basis for panel trucks) and the bare F-3 chassis served as the basis for a parcel delivery truck. The heavier-duty F-4 chassis was produced as a light-duty commercial truck. The F-5 and F-6 were produced as medium-duty trucks in three configurations, a conventional, a COE/cab-over (as the C-Series), and a school bus chassis (as the B-Series, no bodywork rear of the firewall). The F-7 and F-8 were heavy-duty commercial trucks, marketed under the “Big Job” brand name from 1951.

With the exception of bus chassis and parcel-delivery vehicles (which used bodywork produced by second-party manufacturers), Ford shared the same cab design on all F-Series trucks; C-Series trucks moved the cab upward and forward, requiring a higher hood.

We use cookies on our website to give you the most relevant experience by remembering your preferences and repeat visits. By clicking “Accept”, you consent to the use of ALL the cookies.
Cookie settingsACCEPT
Manage consent

This website uses cookies to improve your experience while you navigate through the website. Out of these, the cookies that are categorized as necessary are stored on your browser as they are essential for the working of basic functionalities of the website. We also use third-party cookies that help us analyze and understand how you use this website. These cookies will be stored in your browser only with your consent. You also have the option to opt-out of these cookies. But opting out of some of these cookies may affect your browsing experience.
Necessary Always Enabled

Performance cookies are used to understand and analyze the key performance indexes of the website which helps in delivering a better user experience for the visitors.

Analytical cookies are used to understand how visitors interact with the website. These cookies help provide information on metrics the number of visitors, bounce rate, traffic source, etc.

Advertisement cookies are used to provide visitors with relevant ads and marketing campaigns. These cookies track visitors across websites and collect information to provide customized ads.

Other uncategorized cookies are those that are being analyzed and have not been classified into a category as yet.